This site may earn affiliate commissions from the links on this page. Terms of use. (Photo: RR Auctions)Over the past year there have been some rare vintage Apple products up on the auction block. Most were semi-complete systems though, and part of the original batch of PCs sold by the […]

This site may earn affiliate commissions from the links on this page. Terms of use.

(Photo: RR Auctions)
Over the past year there have been some rare vintage Apple products up on the auction block. Most were semi-complete systems though, and part of the original batch of PCs sold by the Byte Shop in Mountain View. Now the printed circuit board (PCB) made by Steve Jobs to procure that original order of computers in 1976 is up for auction. It’s labeled “Apple Computer A” and was hand-soldered by The Woz himself. It’s expected to fetch at least $500,000 when the auction ends in August.

The “computer” is a simple PCB, and was used to demonstrate the functionality of the Apple-1 Computer. The demo was given to Paul Terrell, who was the owner of The Byte Shop. This was one of the world’s first computer stores. What Jobs and Woz had figured was a $40 hobbyist kit was then transformed into a full-blown personal computer. Terrell placed the company’s first order for 50 PCs, and each was sold for $666.66. “That was the biggest single episode in all of the company’s history. Nothing in subsequent years was so great and so unexpected,” said Woz of the Byte Shop order. The PCB’s authenticity was verified with photographs such as this one taken in 1976. (Image: RR Auctions)

This particular board is rare enough to be labeled as #2 in the Apple-1 Registry. It had originally remained in the “Apple Garage” for years before Jobs gave it to the current owner over 30 years ago. It was considered “lost” until recently. However, it has been examined and authenticated this year by Apple-1 expert Corey Cohen. The present condition of the board leaves a lot to be desired, sadly. It has a huge chunk missing, and it’s likely lost forever. Also, some of the ICs along with the microprocessor have been removed. The auction site says Jobs likely repurposed some of the missing parts for the first Apple-1 computers. The Apple-A prototype is sadly missing a large piece, which will probably never be found. (Image: RR Auction)

The auctioneers point out that a unique feature of the board is it displays Steve Wozniak’s unique “three-handed” soldering technique. This involved him holding a wire in one hand, the iron in the other, and the solder in his mouth. This results in solder “bubbles” at connection points.

Another interesting feature is the prototype has a populated clock circuit in the upper left area. This would allow it to use either a Motorola 6800 or MOS 6501 processor. However, the production version left this area empty, as it used a MOS 6502 CPU. This chip had an on-chip clock oscillator, which made the external timing circuit unnecessary. When it was released in 1975, this 8-bit microprocessor ran at 1-3Mhz and was much less expensive than its competition. This caused it (or variations of its design) to be used for a wide variety of historic devices such as the Atari 2600, Nintendo Entertainment System, and eventually the Apple II.

As we went to press the current bid was $278,005, which is typical for vintage rarities such as this prototype. Previous Apple-1 computers have all sold for several hundred of thousand of dollars, but those had more parts to them. This is the first time in recent memory we can recall a broken PCB going up for auction, which might reduce its final price. Still, there’s no denying just how rare this item is, which should make it a must-have for any well-heeled collector.

Sat Aug 20 , 2022
Apple has disclosed serious security vulnerabilities for iPhones, iPads and Macs that could potentially allow attackers to take complete control of these devices. Apple released two security reports about the issue on Wednesday, although they didn’t receive wide attention outside of tech publications. Apple’s explanation of the vulnerability means a […] 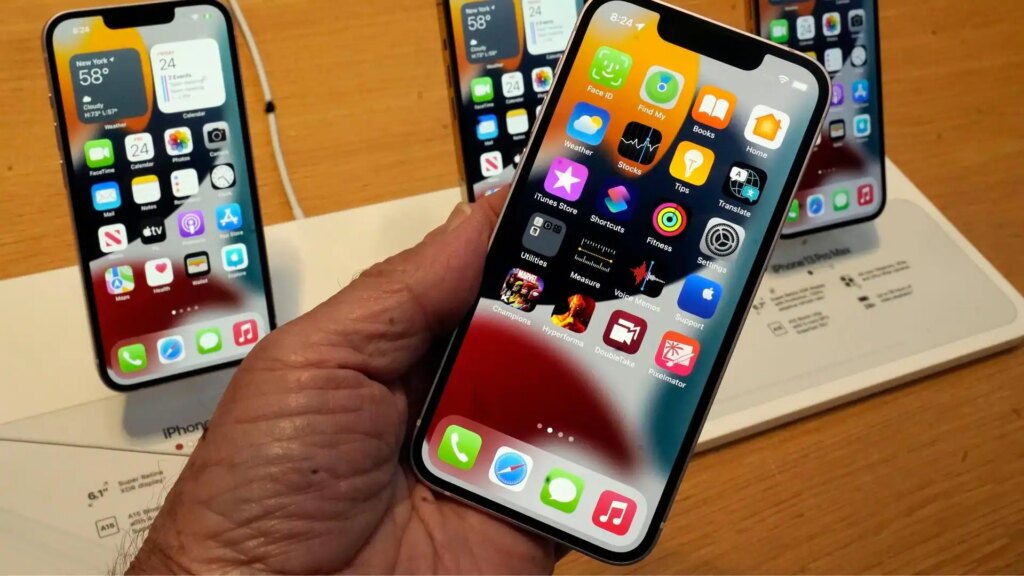