You can take high-quality screenshots on any Mac computer, and then edit or share them however you like. If you’ve bought or updated your Mac since 2018, you even have access to the advanced screenshot menu, which will let you take videos of your screen too.

Here are four ways to take screenshots on a Mac — and they only take simple keyboard shortcuts.

Quick tip: Your Mac lets you take videos of your screen as well as screenshots. Check out our article on how to screen record on a Mac for more info.

Every method for screenshotting on a Mac uses the Shift, Command, and number keys.

Shift + Command + 3: Take a screenshot of the entire screen

To capture your entire screen, press and hold down Shift + Command + 3. If you’re using multiple monitors, it’ll take and save screenshots of every monitor.

When you take the screenshot, you’ll see a small thumbnail preview in the bottom-right corner of your screen, which you can click to edit the screenshot. Check out the “screenshot menu” guide below for info on how to turn that off if you don’t want it.

To capture a specific part of your screen, press Shift + Command + 4. Your  mouse cursor will turn into a crosshair. You can then click and drag this crosshair across any area of your screen. Let go of the mouse button or trackpad to capture the selected area, or press the Esc key to cancel.

That’s not all you can do with this method. After pressing Shift + Command + 4, you can press other keys to unlock more options:

Shift + Command + 5: Use the screenshot menu

Current versions of the macOS (Mojave, Catalina, Big Sur, and Monterey) come with a Screenshot app. To open this app, press Shift + Command + 5. A small menu panel will appear at the bottom of the screen.

The Capture button on the far right will take the screenshot.

There’s also a menu labeled Options. This menu lets you choose where to save your screenshot, how much time you want between pressing “Capture” and the screenshot being taken, and more.

Of note in this menu is the Show Floating Thumbnail option, which is turned on by default. When this is enabled, after you take a screenshot, a tiny thumbnail of it will appear in the bottom-right corner of the screen. The screenshot won’t be saved to your computer until this thumbnail disappears after a few seconds.

However, you can click this thumbnail before it disappears to open the screenshot in a new window. In this window, you can draw or type on it, crop it, share it via your Apple ID account, or delete it.

Grab an image of the Touch Bar

Not all Mac computers have the Touch Bar, but if you have one, you can take a screenshot of it.

Where to find your Mac screenshots

By default, screenshots appear on your desktop. It’ll automatically be titled “Screen Shot,” followed by the date and time you took it.

You can also change the location that your screenshots get saved to. Press Shift + Command + 5 to open the screenshot menu, then click Options. Use the menu that appears to select a new Save to location.

Quick tip: If you hold down the Control key while you take your screenshot, it’ll copy the screenshot to your clipboard instead of saving it. You can paste the screenshot anywhere that allows you to insert images.

Watch: How to screenshot on Mac

Maya Kachroo-Levine contributed to an earlier version of this article.

William Antonelli (he/she/they) is a writer, editor, and organizer based in New York City. As a founding member of the Reference team, he helped grow Tech Reference (now part of Insider Reviews) from humble beginnings into a juggernaut that attracts over 20 million visits a month.
Outside of Insider, his writing has appeared in publications like Polygon, The Outline, Kotaku, and more. He’s also a go-to source for tech analysis on channels like Newsy, Cheddar, and NewsNation.
You can find him on Twitter @DubsRewatcher, or reach him by email at [email protected]

Mon Aug 29 , 2022
If you want to use your Mac computer with a much larger screen, you can connect your Mac to a TV with a cable — or wirelessly, if you have a smart TV.  Televisions can be used as second (or even third) monitor for a Mac, to help with your […] 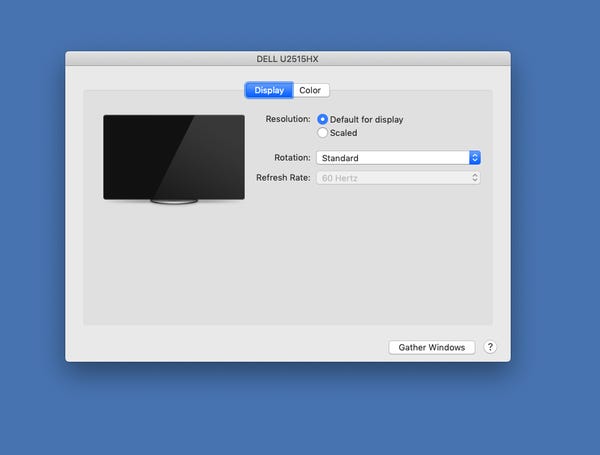