Quantum computers, devices that exploit quantum phenomena to perform computations, could eventually help tackle complex computational problems faster and more efficiently than classical computers. These devices are commonly based on basic units of information known as quantum bits, or qubits.

Researchers at Alibaba Quantum Laboratory, a unit of Alibaba Group’s DAMO research institute, have recently developed a quantum processor using fluxonium qubits, which have so far not been the preferred choice when developing quantum computers for industry teams. Their paper, published in Physical Review Letters, demonstrates the potential of fluxonium for developing highly performing superconducting circuits.

“This work is a critical step for us in advancing our quantum computing research,” Yaoyun Shi, Director of Alibaba’s Quantum Laboratory, told Phys.org. “When we started our research program, we decided to explore fluxonium as the building block for future quantum computers, deviating from the mainstream choice of the transmon qubit. We believe that this relatively new type of superconducting qubit could go much further than transmon.”

While some past studies had already explored the potential of quantum processors based on fluxonium qubits, most of them primarily offered proofs of concept, which were realized in university labs. For these “artificial atoms” to be implemented in real quantum computers and compete with transmons (i.e., widely used qubits), however, they would need to demonstrate a high performance on a wide range of operations, within a single device. This is precisely the key objective of this work.

Fluxonium qubits have two characteristics that set it apart from transmons: their energy levels are far more uneven (i.e., “anharmonic”) and they use a large inductor to replace the capacitor used in transmon. Both contribute to fluxonium’s advantage, at least theoretically, in being more resilient to errors, leading to better “coherence,” i.e., holding quantum information for a longer time, and “higher fidelity,” i.e., accuracy, in realizing elementary operations.

“One can picture the energy levels forming a ladder,” Chunqing Deng, who led the study, explained. “The energy gaps are important, because each quantum instruction has a ‘pitch,’ or frequency, and it triggers transitions between two levels when the pitch matches their energy gaps.”

Essentially, when the first two energy gaps between levels are closed, as they are in transmon, a “call” for the transition between the first two energy levels (i.e., “0” and “1” states), can accidentally also trigger transitions between the second and third level. This can bring the state outside of the valid computational space, leading to what is known as a leakage error. In fluxonium, on the other hand, the distance separating the second and third energy “steps” is greater, which reduces the risk of leakage errors.

Replacing the capacitor with an inductor in fluxonium removes the “islands” resulting from the electrodes and the source of “charge noises” caused by electron charge fluctuations, thus making fluxonium more error-proof. This is, however, at the expense of much more demanding engineering, due to the large array of Josephson junctions.

Fluxonium’s advantage in high coherence can be greatly amplified for achieving high gate fidelities if the gates use a short time. Such fast gates are indeed achieved through the “tunability” feature demonstrated by the researchers. More precisely, the energy gap or “frequency” between the “0” and “1” states, can be rapidly changed, so that two qubits can be quickly brought to be “in resonance,” that is, having the same frequency. Being in resonance is when the two qubits evolve together to realize the most critical building block of a quantum computer—2-qubit gates.

In initial tests, the quantum platform designed by Chunqing and his colleagues was found to attain an average single-qubit gate fidelity of 99.97% and a two-qubit gate fidelity of up to 99.72%. These values are comparable to some of the best results achieved by quantum processors in previous studies. Besides single- and two-qubit gates, the team also integrated, in a robust manner, other basic operations needed for a digital quantum computer—reset and readout.

The 2-qubit processor developed by this team of researchers could open new possibilities for the use of fluxonium in quantum computing, as it significantly outperformed other proof-of-concept processors introduced in the past. Their work could inspire other teams to develop similar designs, substituting transmon with fluxonium qubits.

“Our study introduces an alternative choice to the widely adapted transmon,” Chunqing said. “We hope that our work will inspire more interest in exploring fluxonium, so that its full potential can be unlocked to achieve a significantly higher performance in fidelity, which will in turn significantly reduce the overhead of realizing fault-tolerance quantum computing. What this means is that, for the same computational task, a higher-fidelity fluxonium quantum computer may need significantly fewer number of qubits.”

Essentially, Chunqing and his colleagues showed that fluxonium-based processors could perform far more powerful computations than transmon-based ones, using the same number of physical qubits. In their next studies, the team would like to scale up their system and try to make it fault-tolerant while retaining a high fidelity.

“We now plan to validate our hypothesis that fluxonium is indeed a much better qubit than transmon and then march towards the community’s next major milestone of realizing fault-tolerance, using ultra-high fidelity flxuonium qubits,” Yaoyun added. “We believe fluxonium has the potential to be more widely recognized, as we are not even close to any theoretical limit of high-fidelity operation yet. It is important to keep pushing this direction.”

This document is subject to copyright. Apart from any fair dealing for the purpose of private study or research, no
part may be reproduced without the written permission. The content is provided for information purposes only.

The Borg of the Gargoyles

Sat Jul 30 , 2022
In Neal Stephenson’s 1992 novel Snow Crash, the Central Intelligence Corporation—the result of a merger between the Library of Congress and the CIA—employs a number of people who remain continuously connected to the Metaverse. These grotesque characters, who Stephenson calls “gargoyles,” wear computer components on their heads and bodies and serve […] 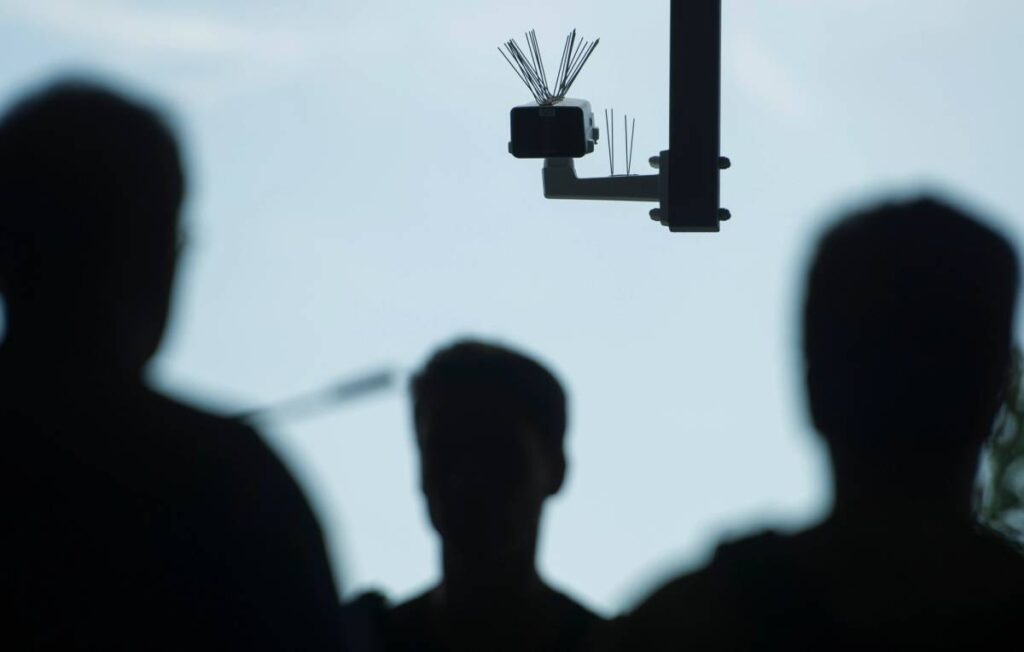